One day, over ten years ago, I purchased a Conn C soprano sax. My intent was to cover an oboe part in a local community band. Shortly after I purchased this instrument, the band found an oboe player.

Sarge, the World Wide Saxes founder and tech, said it was the hardest instrument he’d ever brought back to life. For example, he said the springs were like rusty cheetos! But he did an amazing job. 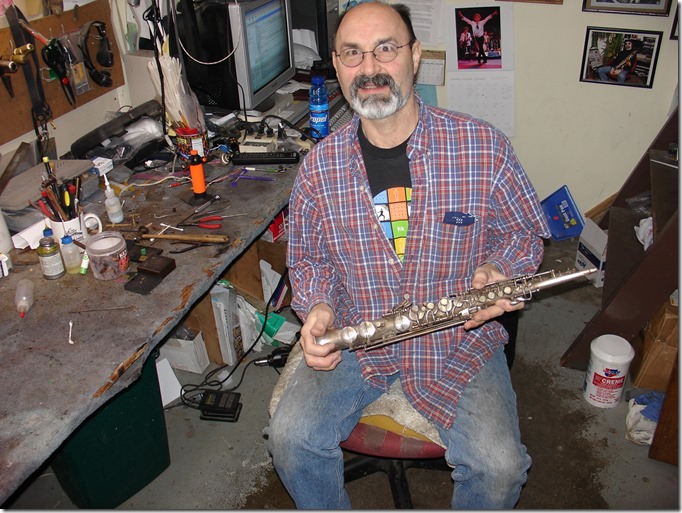 When I got the instrument back it was like new. I had the original mouthpiece and purchased a couple of new c soprano mouthpieces, I really wanted this instrument to work. But the inherent intonation was so bad.  I sadly realized that it would take a lot of time by a better musician than myself to use this instrument in an ensemble. So I sold this instrument at a loss and moved on.

Just an itinerant saxophonist trying to find life between the changes. I have retired from the Corps of Engineers and Microsoft. I am an admin on the Woodwind Forum, run the Seattle Solid GOLD Big Band (formerly the Microsoft Jumpin' Jive Orchestra), and enjoy time with family and friends.
View all posts by Gandalfe →
This entry was posted in Music Instruments, My World, Saxophone and tagged Conn, soprano sax. Bookmark the permalink.