To his many friends and all ships at sea, RAY HAS LEFT THE BUILDING! A great light has been extinguished.  I am so, so sorry. “SO LONG PAL.” ~ Bill Sheehan 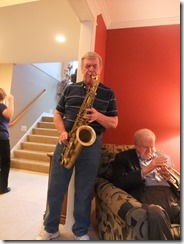 Suzy and I have lost an amazing music teacher and friend Ray Guyll. There are so many ways that he has helped us, been there for for us, and has mentored us. As of an hour or so ago he lost his battle with cancer. He was such a strong and vibrant man, we just can’t believe he is gone.

I first met Ray when he was directing the Woodinville Community Band. After a 20+ year break from music performance I researched and selected his band as the best community band in the northwest. The first concert (for me) and the last WCB concert (for Ray) was an amazing fusion of Jazz, pop, with star performances by Greta Matassa and Eric Kloss. I was so ecstatic that I’d found such a fine band to play with and then blown away when I found out Ray was retiring from the band.

Suzy and I took lessons from Ray for years. And then in 2010 I talked Ray into leading my big band, the Microsoft Jumpin’ Jive Orchestra. He staffed many of the positions in the band, selected key vocalists, and crafted the band in his image. 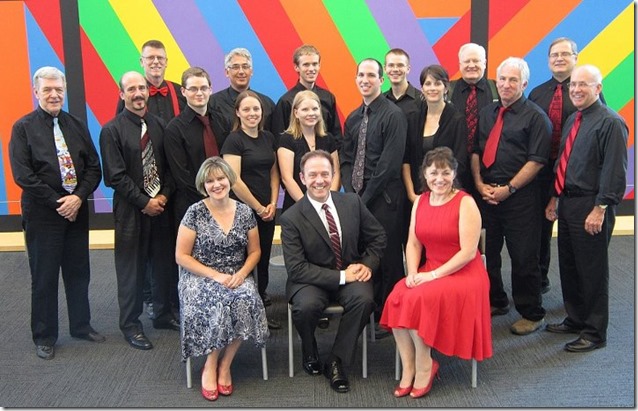 Ray brought a deep understanding of the music industry and even more experience. Friends of his from such bands at the Count Basie Orchestra would sit in with us. The stories he would tell us about the music industry were amazing.

He started performing professionally in high school with the band the Cherchers. (See picture below.) He played with Paul Revere and the Raiders. 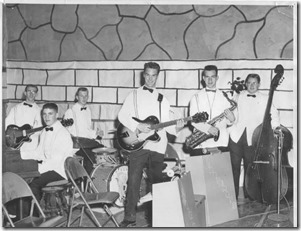 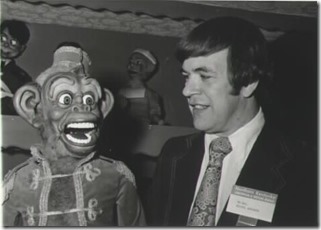 And unbeknownst to many, he is a world-famous creator of ventriloquist dummies used by some of the key ventriloquists in the industry.  This came in handy as I was learning to create some jazz articulations and vocabulary. Because of Ray’s work as a ventriloquist, we could get certain tough notes on the sax to speak by moving the tongue a certain way, working with my vocal cavity, and such.

Ray had so many talents, so many friends, and students all over the world that attribute their success to his instruction. He gave so much, was so loved, and will be missed. Thank you Ray for everything.

Just an itinerant saxophonist trying to find life between the changes. I have retired from the Corps of Engineers and Microsoft. I am an admin on the Woodwind Forum, run the Seattle Solid GOLD Big Band (formerly the Microsoft Jumpin' Jive Orchestra), and enjoy time with family and friends.
View all posts by Gandalfe →
This entry was posted in Band, Community, Education, Heroes, Hobbies, Jazz, MJJO, Saxophone, WCB and tagged Cherchers, Eric Kloss, greta matassa, Microsoft Jumpin' Jive Orchestra, Ray Guyll. Bookmark the permalink.

5 Responses to Ray Guyll, music teacher extraordinaire and my friend