Who needs land lines any more and other high tech musings 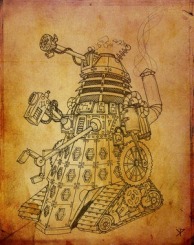 Suzy and I have noted with interest that neither of our kids or friends the age of our kids use land line telephones anymore. All they have is their cell phone. If/when the battery runs out or the phone is turned off, they’ll get their messages via a service. We still have a land line and use it all the time. But we are not sure whether it is a good deal or not. 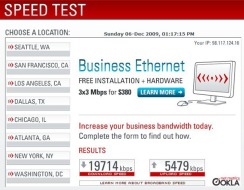 Our phone service is part of a Verizon package that includes blazingly fast (think megabytes) Internet access, HD-quality cable TV brought over FiOS (fiber optics) to our house. You might remember I put FiOS wiring through out my house when we built it in 2000. We still are using the LAN cabling today.

My parents have been going through the pain of moving from regular cable TV to a service that provides DVD-r services so that they can record and watch shows on their schedules. Since they can’t get Verizon FiOS in their neighborhood they went with Comcast. The day after the service was installed they received this email from a close friend.

I was watching the AMA on ABC last week and the blocking was so bad it was hardly watchable for the fast moving performances. I use the free local stations coverage of Comcast using Clear QAM.

What the heck! It’s always about the money and not the quality of the service. For more info see: http://www.avsforum.com/avs-vb/showthread.php?t=1008271.

A rather savvy fellow in our circle of acquaintances notes:

As I already rip my DVDs and view them using Media Extenders, I wondered if I could put tuner cards in my Media Center PC and just use that.  Turns out that even though Comcast is required to deliver signals in the clear, there are limits and they use that to their advantage.  First, they are only required to provide a limited set of basic channels.  Second, they don’t have to tell you where they are and they can change them whenever they want.  The AVS threads think it is a conspiracy to lock you into Comcast’s equipment.

Regardless, I did buy a card.  The issue is finding out what channels I get and what they are.  I’ve done a couple of scans and there are some websites that help but it is a poor representation of the overall channel offering and it still has the compression problem mentioned above.

I believe all of this will eventually move to the Internet with all but major events being on demand.  Comcast and Verizon will charge you for bandwidth, latency, and traffic.  The more you pay, the better the signal you get.  They will try to be your first source for video but the FCC will limit their choke hold.

So things will be better for those technically savvy enough to advantage themselves of the new technology but nothing for the masses for another five or ten years. 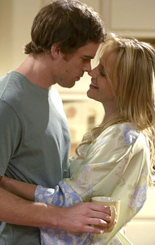 Yikes! Although we have had Verizon FiOS for a while now (and luv it) we did buy into NetFlix last month. Suzy also bought a Roku adapter for the TV so we have instant access to much of the NetFlix library which is also very nice. The service including the two DVDs at a time service costs around $10 a month. I just uploaded Dexter, season one to the Instant access queue for example.

So as we go into the Fall break and all our favorite shows go on holiday break, we now have a huge library of movies and TV to select from. I have to say, the NetFlix movie suggestion app is very cool and gets more accurate as I select movies for us to watch. I was thinking that the combinations of Discovery station to James Bond to Duets kind of movies we watch would make us hard to peg. Not so. Fortunately neither Suzy or I are too worried that our movie selections will be provided to the world such that we would lose some privacy. Besides, she can always blame me for the questionable movie selections. Reminds me of when we were teenagers and I took her to see Last Tango in Paris. You can’t do that now a days.

Just an itinerant saxophonist trying to find life between the changes. I have retired from the Corps of Engineers and Microsoft. I am an admin on the Woodwind Forum, run the Seattle Solid GOLD Big Band (formerly the Microsoft Jumpin' Jive Orchestra), and enjoy time with family and friends.
View all posts by Gandalfe →
This entry was posted in Television. Bookmark the permalink.